Gwendolyn Carson Died In Oakland Hit And Run On March 5, 2022

Did you know that California set its current mandatory auto insurance minimums in 1967?  The cost of living has skyrocketed over the last half century, thereby eroding the true value of current auto insurance limits - - but SB 1107 gives us hope.

After an auto accident, some California unethical attorneys will try to solicit you as a client by sending someone to track you down and trick you into hiring them. Here, these "ambulance chasers" can be the unethical attorney themselves, a runner, a capper or an insider.

The 12th auto fatality in San José occurred at night on February 10, 2022. A bicyclist died after a BMW driver with a passenger on Almaden and Foxworthy hit him. Most San José auto accident deaths in 2022 have been pedestrians, this year's numbers are much higher than 2021.

How Can I Afford An Accident Attorney?

People hurt in accidents sometimes wait to call an attorney because they just don't know how to pay for one. Hiring an attorney to represent you on a “contingency” fee basis, you don't pay a dime of attorney's fees to get the attorney to fight for you.

In recent years, SUVs have increasingly crossed over into more car-based body styles. In previous years, SUVs used to resemble trucks.  Things like lower bumpers may decrease the danger posed by SUVs when they crash with passenger vehicles, but a report reveals that even these crossover SUVs a...

To qualify as a rideshare driver for Uber and Lyft, a person must do more than just put an Uber or Lyft decal or light in an eligible vehicle with 4-doors. They must be of a certain age, pass background checks and have an acceptable driving record. Both Uber and Lyft have been faced with lawsuits...

San Jose's ninth 2022 traffic death happened yesterday after a North Jackson Avenue and  Mather Drive crash, per the San Jose Police Department. A gentleman pedestrian was crossing North Jackson when a Toyota SUV hit him. It is alleged that the Toyota SUV driver had the green light, and the man ...

The Key To Winning Your Accident Case

Timely Evidence Is The Key To Your Injury Auto Accident After an injury accident, documenting all the evidence right then and there is very important for making a strong case.  As an attorney who is experienced in handling injury auto accidents, I urge you to document all the evidence that you c...

The San José Police Department reports a pedestrian was killed by a 2014 Ford SUV at around 5:45 PM near Curtner and Canoas Garden, marking San Jose's third fatal auto accident in 2022. 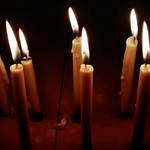 The 2022 first fatal crash in San Jose is 45 year old Juan Martinez, who passed away because someone driving an SUV hit him and then fled the scene, leaving Mr. Martinez in the roadway where he ultimately passed away after two other SUVs subsequently hit him.

See's Candies must now face its employee's wrongful death lawsuit over her husband's Covid-19 death. See's Candies did not keep the workplace safe, the worker caught Covid, brought it home to her husband and he died.

Today, the California Highway Patrol announced that more than 57 people died in crashes over the Thanksgiving weekend. 1,019 people were arrested for DUI (whether involving alcohol or drugs) over the same time period. The 57 people who passed away represent a 14% death increase and 17% DUI arr...

Governor Gavin Newsom signed Senate Bill No. 447 to let a deceased person’s personal representative or successor-in-interest to recover damages for the decedent’s “pain, suffering, or disfigurement”, joining the 45 other states that have similar laws in place

Allegedly driving under the influence, Colby Sharver, 18, of Knightsen, allegedly killed Luis Esparza "El Yuyu" from Oakley, and an 18-year-old female from Pittsburg, near 8300 Byron Highway, in Brentwood, Contra Costa County, on September 4, 2021 around 11:00 PM.

The San Jose Police Department reports that on Friday, July 9, 2021, an 11-year-old boy crossing Camden Avenue near Kooser Road in San Jose was struck by an SUV at around 5:00 PM. Tragically, the young boy died at the hospital after this crash. Authorities claim that the SUV had the green light...

NBC Bay Area reports that on Friday, July 2, 2021, at around 6:30 AM, San Jose bicyclist Rickey Soto Fogle was “left for dead” on Almaden Expressway, per his friend Dave Nelson, one of more than 20 bicyclists who was riding with Fogle the same day.https://www.nbcbayarea.com/news/local/south-bay/s...

CHP officers are searching for the suspect driving a grey sedan, who ran away after hitting and killing Jason Jason Miranda on Friday, June 24, 2021, in Central Fresno. Per the CHP, Miranda was driving an SUV southbound shortly before midnight, on Highway 41, when it crashed. The cause of the cr...

On June 17, 2021, the San Jose Mercury News reported that on Friday, June 11, 2021, Alex Moreno was high on alcohol and cocaine, and reportedly receiving oral sex in his work truck, moments before he plowed it into an outdoor crowd outside the Agave Sports Bar and Grill on West Alma Avenue in San...

Should I Replace My Child's Car Seat After A Crash?

If you have one or more child car seats or booster seats in your car, you might wondering if you need to replace them after a California car accident. Read this blog to learn more.

For personalized representation in serious personal injury, wrongful death or death benefits, call (408) 214-5555 or fill out my contact form.