Why Are Rear-End Accidents So Common And Dangerous? 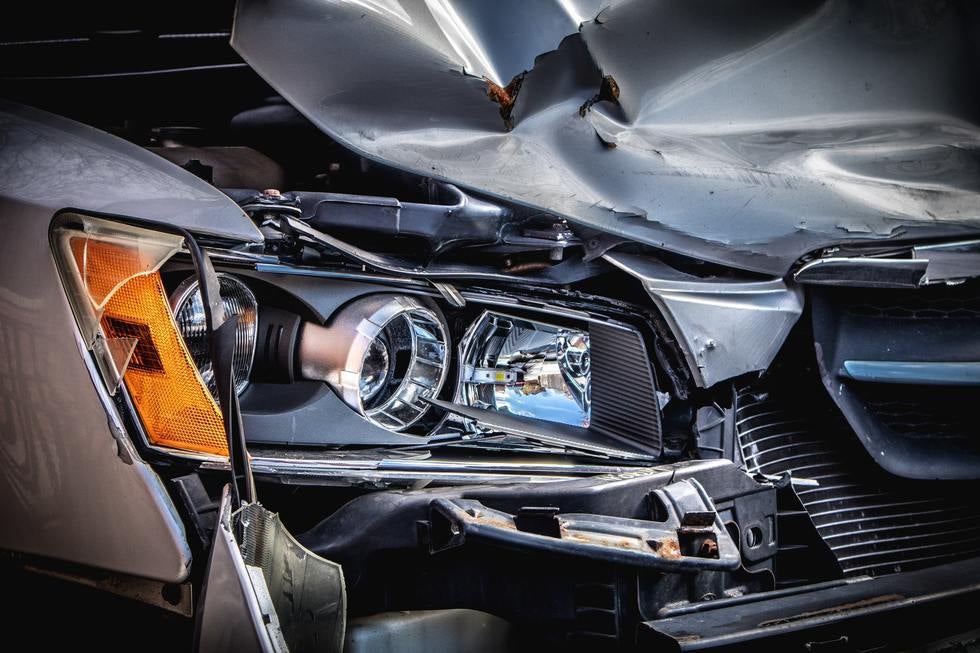 33.33% Of All United States Auto Accidents Are Rear-Enders

The National Highway Transportation Safety Administration (NHTSA) reports that rear-end crashescrashes are the most common crash type, making up around one-third (33.33%) of total crashes in the United States.

33.12% Of All San Jose Auto Accidents Are Rear-Enders

I pulled the San Jose rear-end crash numbers for the period from 2015 to 2020. Between 2015 and 2020, there were 10,678 crashes in San Jose. Do you know which type topped the list? Rear-enders. 1 out of 3 San Jose crashes are rear-enders. That's 3,536 of the 10,678, or 33.12 %, which is right in line with the national numbers. Rear-enders cause a significant portion of highway crashes and injuries. When they happen out on the highway, it can be at a high speed, increasing the chance that serious injuries or even death will occur.

How does AEB reduce crash severity and incidence?

AEB applies the brakes without the driver even having to, when it senses that the front end of the car is just about to hit another car.

How can AEB tell that a crash is about to happen?

AEB uses cameras, lasers, and radar to warn the driver. This means that many accidents, and therefore many injuries, are now preventable with AEB technology - so long as a driver has a pretty new car. Here's a 2017-2019 NHTSA breakdown of each major auto manufacturer and their implementation of AEB.

New Vehicles With AEB
Manufacturers and Percent Per Year 2017-2019

What Happens To Your Body When Another Car Hits You From Behind?

Getting hit from behind causes the momentum from the speed of the crashing car to gets transferred to your vehicle. This suddenly pushes your car (and the bodies of everyone inside of it) forward. Bodies absorb that momentum. Your neck isn't really restrained by a seatbelt, so it can fly forward then suddenly snap back. After your vehicle stops moving, your body can snap back and crash against your seat.

This can leave you with injuries affecting any part of your body, from the top of your skull to the tips of your toes. In a rear-end crash, your brain can crash against the inside of your skull, even if your head itself never got hit. This can cause a traumatic brain injury. Unless the person behind you brakes or honks, you will probably have no warning that the crash is going to happen.

No warning means no chance to brace yourself.

Did you know that bracing yourself can make matters worse because your muscles can tense up and will not flex, making them more vulnerable to injury? Just gripping the steering wheel can cause fractures, as can slamming on the brakes to try and avoid hitting what's in front of you after you get rear-ended.

What Are Common Causes of Rear-end Collisions?

Distracted drivers are the top cause of rear-end collisions.

What Distractions Cause Rear-End Crashes?

It's not uncommon to see people doing these things while driving:

A U.S. study using in-car video recorders revealed that more than 75% of rear-end crashes involving a teen driver happened when the teen was paying attention to a phone, a passenger - - something else other than the road.

What Road Factors Cause Rear-End Crashes?

Factors that increase the likelihood of rear-end collisions include things like:

What Behaviors Result In Rear-End Crashes?

Behaviors that cause rear-end accidents include:

Driving under the influence of drugs or alcohol causes slowed reaction times. This increases the likelihood that a drunk or drugged driver will be unable to stop in time, if the vehicle in front of them stops for traffic or hazards in the roadway.

Forcing yourself to wake up as you drive while dozing off can have fatal consequences. I've handled cases where a driver got behind the wheel while fatigued and fell asleep at the wheel, colliding into another vehicle in the roadway, killing all three of its occupants.

What Kind Of Injuries Are Caused By A Rear-End Collision?

Some believe rear-end accidents are relatively minor - - but surprisingly severe injuries can result from this type of crash. Many people involved in rear-end accidents suffer from the effects of the crash for months or years after it happens. Below are a few examples of injuries caused by a rear-end crash.

Brain injuries from a rear-end accident

Traumatic brain injury (TBI). Even if an airbag deploys, getting crashed into can cause a person to hit their head. The airbag only protect from hitting the steering wheel, dashboard or windshield, but drivers and passengers alike can still hit their heads on a window or the seat in which they are sitting. The mere severe jolt to the head can damage the brain - the head does not even need to hit anything. A TBI can be anything from the mildest of concussions to an injury that results in a coma or even death. This sudden brain movement causes the brain to bounce around inside of the skull, making brain chemicals change, sometimes damaging brain cells.

Broken bones from a rear-end accident

A lot of different bones can break in a rear-ender. For example, if your car gets pushed into the car in front of you, the airbag will deploy. The violent force of the airbag deployment can break facial bones because your face is the closest thing to the airbag, hands if your hands are on the wheel or you're trying to brace for the crash, or your arms if you are bracing for the crash.

The dashboard can also cause legs and knees to fracture if the legs or the knees hit the dashboard. The hip bones can also break during a rear-ender. If your car is catapulted forward, you may instinctively slam hard on your brakes to try and prevent hitting the person in front of you, thereby fracturing your ankle and foot bones.

Neck injuries from a rear-end accident

Whiplash is the injury most commonly associated with rear-end accidents. It can be mild to severe. Whiplash happens when the head suddenly moves backward and then forward. The main whiplash symptom is pain in the neck and shoulders.

Back injuries from a rear-end accident

Back injuries from a rear-end accident can range from relatively minor to severe. Did you know that whiplash can also involve your spine, and the pain can last for months? This is called “whiplash syndrome.” Other back injuries caused by a rear-end crash include things like:

Spinal Injuries from a rear-end accident

In some rear-end crashes, the bones in the spine crack or shatter. If any of those bones break away, they can slice right into the spinal cord. Auto accidents make up a large amount of all spinal cord injuries. Any damage to the spinal cord can cause partial or complete paralysis. Your brain and spinal cord are your body's central nervous system. The brain is the command center for your body. The spinal cord is the pathway for messages sent to/from the brain and the body.

If you have been rear-ended, please reach out to me. I'm Renée Yvonne Gardner, the auto accident attorney at Gardner Law. I speak Spanish - hablo español. Reach out to me at (408) 214-5555 or here: message me here.