GOT HURT IN HOLLISTER?

Hollister was founded in November 19, 1868 as the San Justo Homestead Association, established by William Welles Hollister.

At that time, what is now Hollister used to be part of Monterey County.

Napa vintner Henry Hagen, a member of this Association, argued that saints monopolized the names of nearly every place in California, and suggested that California should have a town named after someone slightly less holy - and that person ended up being William Welles Hollister.

If so, you're not alone. These are some of the most accident prone intersections in Hollister and their respective common accident types.

If you were injured in Hollister, it's a good idea to hire an experienced and knowledgeable Hollister auto accident personal injury attorney. I am Renée Yvonne Gardner and I fight accident and injury cases. I have been the voice of injured clients for 15 years. I have dedicated my career to fighting for people who get injured in Hollister and its nearby areas.

If you got hurt in Hollister, keep in mind that it's important to hire a good attorney from the start. The insurance adjuster is not your friend - even your own insurance company will look for the cheapest way to get rid of your claim. After you get injured, it's important to seek medical care right away. Some injuries can only be found by a doctor. Other injuries get worse if they don't get treated on time.

If you suffered personal injuries in Hollister, here are the San Benito County emergency rooms where you can get checked out 24 hours a day.

Many injury accident cases get resolved without going to court.

Other cases have to be fought through the court.

This happened because the voters approved a constitutional amendment letting San Benito County judges merge their superior and municipal courts. Before then, the superior court and the municipal court were separate.

If you got hurt in Hollister, I can help. Here are some of the Hollister crash types that I can handle:

If you are going to fight your Hollister injury case in court, and you were injured in San Benito County, your civil case will be heard at this courthouse:

If you were injured in a Hollister accident, please contact me for a free consultation at (408) 214-5555 or here: message me here.

Here are just some of the injuries I handle in Hollister and the surrounding areas:

Need the hours and parking at the Hollister Civil Court?

Here's what you need to know about the court hours and parking at the Hollister Civil Court.

And here is a photo of the new Hollister courthouse, completed at the end of 2014: 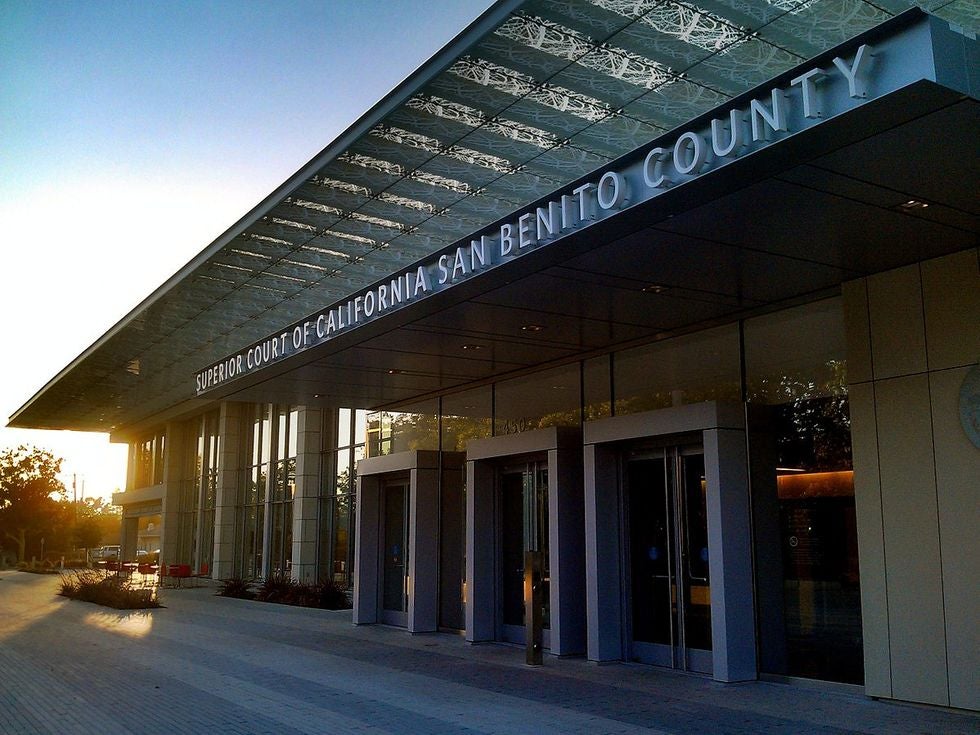 Let's talk about your case - the consultation is free.

My name is Renée Yvonne Gardner.